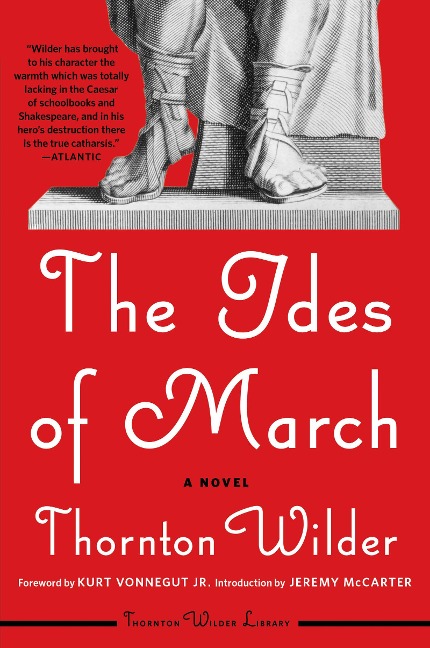 The Ides of March

The classic Thornton Wilder novel that recreates the dazzling ancient Roman empire of Julius Caesar—now with a new introduction by Jeremy McCarter, author of Young Radicals and co-author (with Lin-Manuel Miranda) of the #1 New York Times bestseller Hamilton: The Revolution.

First published in 1948, The Ides of March is a brilliant epistolary novel of the Rome of Julius Caesar. Through imaginary letters and documents, Wilder brings to life a dramatic period of world history and one of its magnetic personalities.

In this novel, the Caesar of history becomes Caesar the human being as he appeared to his family, his legions, his Rome, and his empire in the months just before his death. In Wilder's inventive narrative, all Rome comes crowding through his pages: Romans of the slums, of the villas, of the palaces, brawling youths and noble ladies and prostitutes, and the spies and assassins stalking Caesar in his Rome.