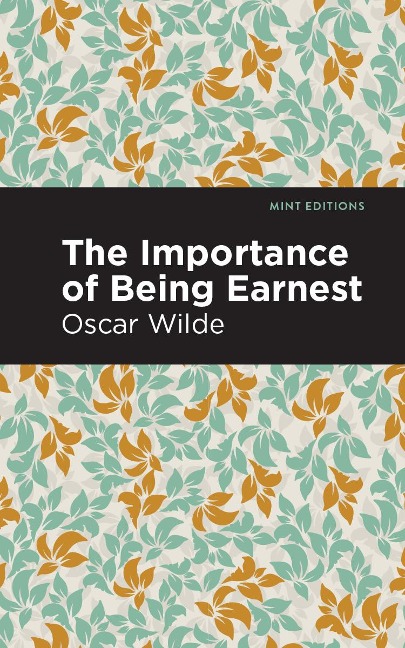 Jack Worthington is an upstanding gentleman in Victorian society. He just has one secret-he tells everyone that he has a brother named Earnest, when, in reality, Earnest is his alter ego. This allows him a certain duality; he can go out and party as Earnest, but have a sterling reputation as Jack. However, he must merge the two when Jack discovers that his lover, Gwendolyn, will only marry a man named Earnest. Meanwhile, Algernon, a family friend, discovers Jack's secret and (much to Jack's dismay) becomes increasingly interested in Jack's ward, Cecily. After inviting himself to Jack's home and introducing himself as Earnest, Algernon quickly gains the attention of Cecily. Believing that he was the fictious Earnest Worthington, Cecily considered herself already to be engaged to him, as it is also her dream to be married to a man named Earnest. Chaos unravels as the men then find themselves with two matters of grave importance: Gwendolyn and Cecily can not both marry Earnest Worthington, and Jack and Algernon can not let them know that Earnest never existed in the first place.

Oscar Wilde (1854-1900) was an Irish playwright and novelist heavily associated with the philosophy of aestheticism. The Importance of Being Earnest was among his most popular works, and was the last comedy Wilde wrote. For a time, Wilde was one of the most successful playwrights in London. But when a libel suit against Marques of Queensbury, the father of

Our House is on Fire