The Island at the End of the World – Sam Taylor | buch7 – Der soziale Buchhandel
Bitte warten ... 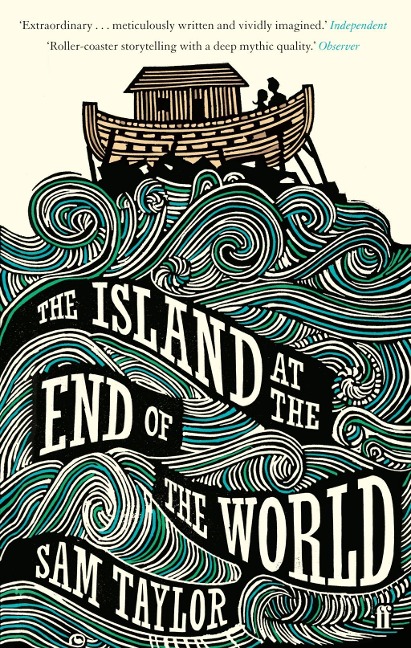 The Island at the End of the World

Through the eyes of eight-year-old Finn we find ourselves on a small island, surrounded by nothing but sea. Finn lives here with his Pa, his elder sister Alice and his younger sister Daisy, and has no memory of any world but this one. All he knows of the past comes from the songs and stories of his father, which tell of the great flood that drowned all the other inhabitants of the earth, a deluge their family survived thanks to the ark in which they now live.

Alice, however, has entered adolescence, and treasures vague memories of her dead mother and of life before the flood. As her relationship with her father changes, she begins to see holes in his account of the past, and desperately seeks contact with the outside world. And when a boy, a stranger, is washed up on the shore, apparently in answer to the message she sent in a bottle, it appears they may not be alone after all.

Set in the near future, told from three different viewpoints and written in extraordinary prose, The Island at the End of the World is an original, moving exploration of family love, truth and lies, and how strange and frightening it can feel for a child to discover the adult world.