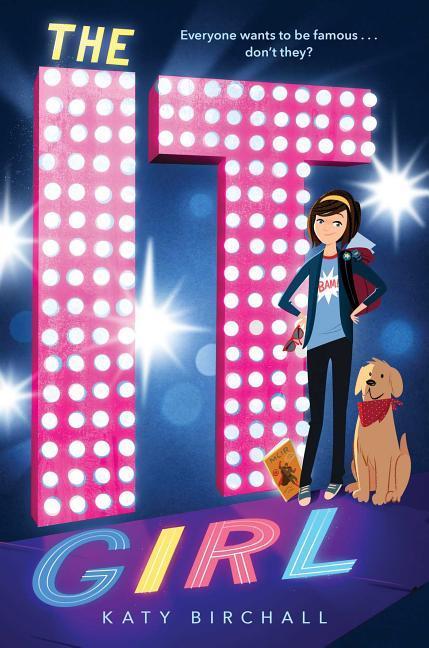 In this hilarious debut novel, painfully shy Anna is thrust into the spotlight—and onto the cover of every tabloid—when her father marries one of the world's most famous actresses.

Everyone wants to be famous...don't they?

1. To recreate famous film scenes with Dog (her pet Labrador) such as the lift from The Lion King during that "Circle of Life” song.
2. To not accidentally set Queen Bee Josie Graham's hair on fire (again).
3. To keep her very first and only two school friends by not acting in her usual manner of socially inept dork and outcast.
4. And to find out whether points 1 and 2 constitute being socially inept or outcastish.

But after her dad gets engaged to one of the most famous actresses ever and she unexpectedly becomes famous, she has to add a new goal to her list:

5. To find a closet to hide in with Dog (preferably for life).

With the paparazzi moving in and the cool crowd being friendly for the first time ever, Anna must figure out who her real friends are—before her awkwardness is exposed to the whole world.

Katy Birchall is the author of The It Girl series. She also works at Country Life magazine as their Deputy Features Editor. Katy won the 24/7 Theatre Festival Award in 2011 for Most Promising New Comedy Writer with her very serious play about a ninja monkey at a dinner party. Her pet Labradors are the loves of her life, she is mildly obsessed with Jane Austen, and one day she hopes to wake up as an elf in The Lord of the Rings. She grew up in Essex and currently lives in Brixton.