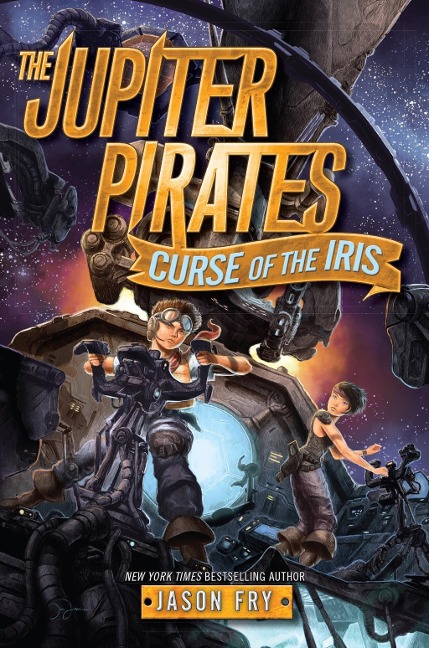 The Jupiter Pirates #2: Curse of the Iris

It's been a tough year for Tycho Hashoone and his family. Hostilities between the Jovian Union and Earth have reached a boiling point. The privateering business hasn't exactly been booming. And the ongoing contest for the captain's seat of the Shadow Comet has the three Hashoone siblings perpetually on edge. Then the Hashoones intercept a ship—one with a long-dead crew, its final mission a warning to all who seek their fortunes in space. The Hashoones don't have time for ill omens; they need a payday. Following clues from the mysterious ship, they embark on a hunt for the long-lost treasure of the Iris—a treasure that Tycho's own great-grandfather Johannes had a hand in hiding. But in his quest for the Iris cache, Tycho is going to dig up much more than he bargained for. Because like old pirate treasure, family secrets never stay buried for long.

Filled with action, intrigue, and one unforgettable family, The Jupiter Pirates: Curse of the Iris takes readers across the depths of space and brings the Jupiter Pirates saga to new heights.

Soul of a Whore and Purvis