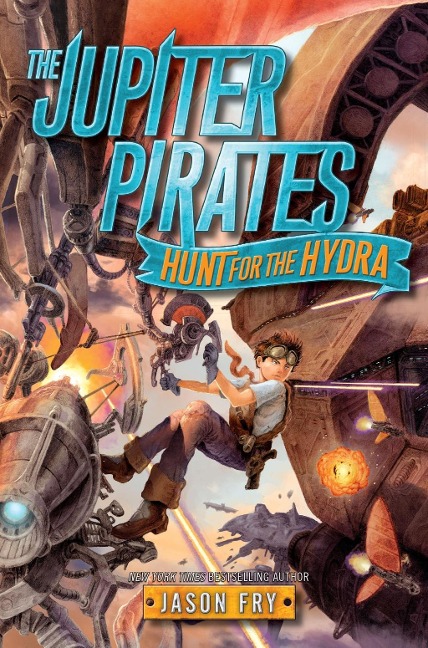 The Jupiter Pirates: Hunt for the Hydra

The relationship between Tycho Hashoone, his twin sister, Yana, and their older brother, Carlo, isn't your average sibling rivalry. They might be crew members together aboard the Shadow Comet, but only one of them can be the next ship captain. So when the Hashoones find themselves in the midst of a dangerous conspiracy—one that will pit them against space pirates, Earth diplomats, and even treachery from within the family—each sibling is desperate to prove his or her worth. The only trouble is, if they don't work together, none of them may make it out alive.

Perfect for fans of fantasy adventures like Ranger's Apprentice and such space-age epics as Star Wars, The Jupiter Pirates: Hunt for the Hydra is a wholly original saga about a galaxy on the brink of war and one unforgettable family caught in the cross fire.

Don't miss the action-packed sequel, Curse of the Iris.

A Slip of the Keyboard