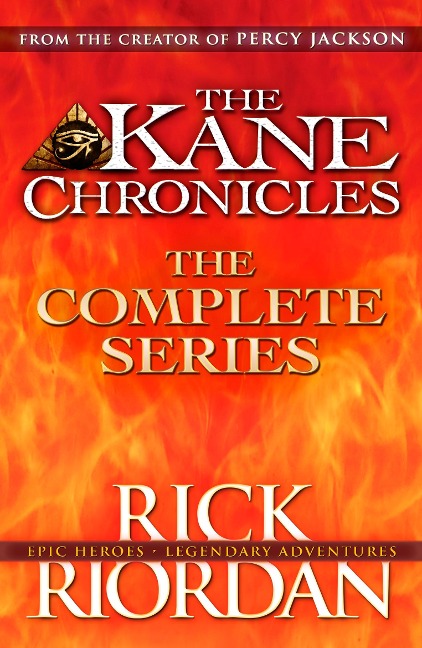 Don't miss any of the explosive action in the thrilling Kane Chronicles Trilogy, collected in one digital edition for the first time.

The Kane Chronicles: The Complete Series includes all three novels in the bestselling, electrifying adventure series: The Red Pyramid, The Throne of Fire, and The Serpent's Shadow.

'I guess it started the night our dad blew up The British Museum...'

Carter and Sadie's dad is a brilliant Egyptologist with a secret plan that goes horribly wrong. They must embark on a terrifying quest from Cairo and Paris to the American South-west, and discover their family's connection to the House of Life.

The pharaohs of Ancient Egypt are far from dead and buried. And so, unfortunately, are their gods . . .

With all the action, humour and excitement you'd expect from Rick Riordan, author of the bestselling Percy Jackson series.