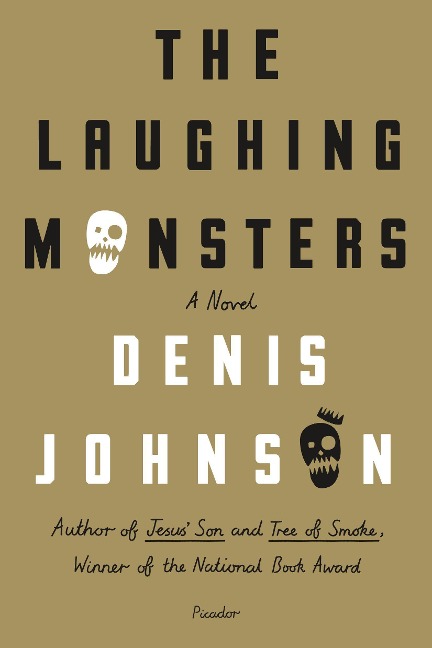 Adriko is an African who styles himself a soldier of fortune and who claims to have served, at various times, the Ghanaian army, the Kuwaiti Emiri Guard, and the American Green Berets. He's probably broke now, but he remains, at thirty-six, as stirred by his own doubtful schemes as he was a decade ago.

Although Nair believes some kind of money-making plan lies at the back of it all, Adriko's stated reason for inviting his friend to Freetown is for Nair to meet Adriko's fiancée, a college girl named Davidia from Colorado. Together the three set out to visit Adriko's clan in the Uganda-Congo borderland-but each of these travelers is keeping secrets from the others. Their journey through a land abandoned by the future leads Adriko, Nair, and Davidia to meet themselves not in a new light, but rather in a new darkness.

A high-suspense tale of kaleidoscoping loyalties in the post-9/11 world, Denis Johnson's The Laughing Monsters shows one of our great novelists at the top of his game.