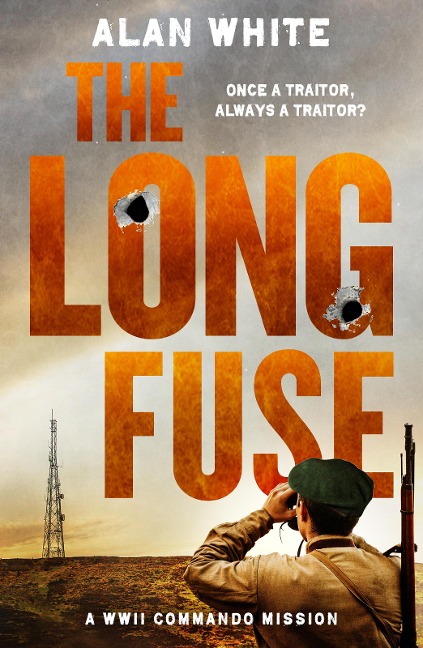 Once a traitor, always a traitor?

David Hinton is a traitor, both to Britain and Nazi Germany. A British Nazi sympathiser at the start of the war, he answered Fatherland's call, heading to Fortress Europe and broadcasting Nazi propaganda back over the Channel via radio. But then, growing disillusioned with Hitler, he defected again, returning to London.

Now the Allies want him to make one more broadcast, this time for them, from Strasbourg Radio Station.

Captain Colson and his commandos are charged with smuggling the broadcaster back into Occupied France, and getting him behind the microphone. But tensions in Colson's team are running high: the Gestapo is on the lookout for them, and one of the men is a murderer. The long fuse of Colson's dislike for Hinton is fast approaching the flashpoint...

A thrilling commando raid novel from a master of the genre, perfect for fans of Max Hennessy and Alan Evans.

Praise for The Long Fuse

'If you like the war-time ambience, this is the meat for you' Scotsman

Alan White's brilliant war novels have the authenticity born of personal experience. As leader of a commando unit in World War II, he made more than a dozen operational jumps into Occupied Europe. He also fought in North Africa. After the war he joined the BBC and enjoyed a wide-ranging media career including the role of White House correspondent in the US. He has written over forty novels.