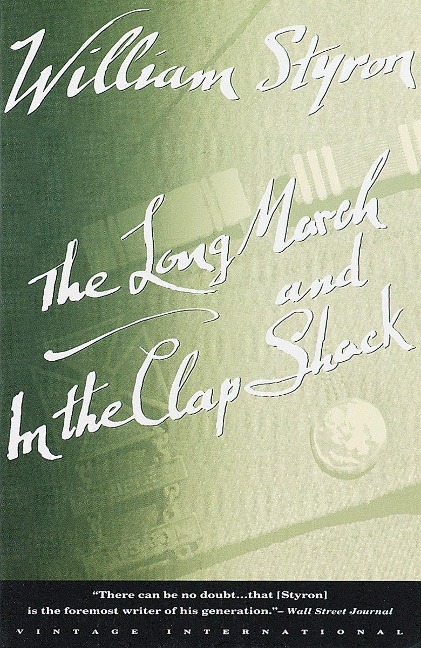 The Long March and in the Clap Shack

Two extraordinary works about soldiers in a time of dubious peace by a writer of vast eloquence and moral authority. With stylistic panache and vitriolic wit, William Styron depicts conflicts between men of somewhat more than average intelligence and the military machine. In The Long March, a novella, two Marine reservists fight to retain their dignity while on a grueling exercise staged by a posturing colonel. The uproariously funny play In the Clap Shack charts the terrified passage of a young recruit through the prurient inferno of a Navy hospital VD ward. In both works, Styron wages a gallant defense of the free individual--and serves up a withering indictment of a system that has no room for individuality or freedom.

William Styron (1925-2006), a native of the Virginia Tidewater, was a graduate of Duke University and a veteran of the U.S. Marine Corps. His books include Lie Down in Darkness, The Long March, Set This House on Fire, The Confessions of Nat Turner, Sophie's Choice, This Quiet Dust, Darkness Visible, and A Tidewater Morning. He was awarded the Pulitzer Prize for Fiction, the Howells Medal, the American Book Award, the Légion d'Honneur, and the Witness to Justice Award from the Auschwitz Jewish Center Foundation. With his wife, the poet and activist Rose Styron, he lived for most of his adult life in Roxbury, Connecticut, and in Vineyard Haven, Massachusetts, where he is buried.