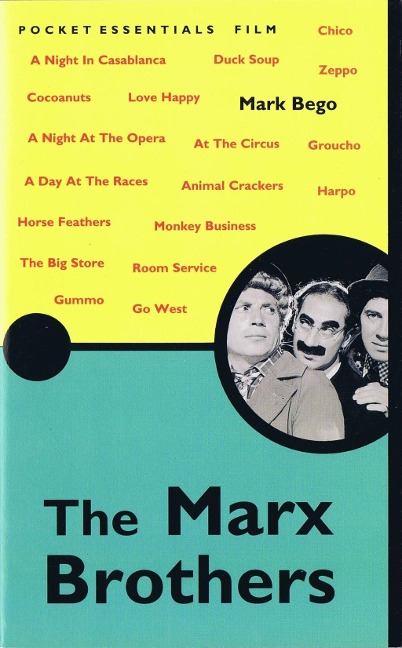 Wise-cracking Groucho Marx with his trademark cigar and painted on black moustache. Blonde, curly-wigged, mute Harpo, beeping his blub horn and chasing pretty girls. Rubber-faced Chico, twisting phrases into hysterical malapropisms. And handsome straight-man Zeppo Marx. Who can forget their antics in such classic comedy films as The Cocoanuts (1929), Animal Crackers (1930), Monkey Business (1931), Horse Feathers (1932), and Duck Soup (1933), which literally defined the cinematic term 1930's screwball comedy. After their first five movies became box-office hits, The Marx Brothers were bona fide movie stars. However, once they moved out to Hollywood, their film career seemed to stall. That was until Chico asked for help from one of his poker playing buddies, MGM head Irving Thalberg. Taken under Thalberg's wing, the brothers--now trimmed down to the trio of Groucho, Harpo and Chico--began the second stage of their film career. While at MGM, the kooky Marx trio reached new heights with their films including A Night At The Opera (1935), A Day At The Races (1937), Room Service (1938), At The Circus (1939), Go West (1940), The Big Store (1941), and A Night In Casablanca (1946). After World War II ended, movie tastes changed, and The Marx Brothers each went their separate ways. In 1949 however, they reunited for their final film together, Love Happy, which included a now-famous scene between Groucho and a struggling newcomer who called herself Marilyn Monroe. The Pocket Essential Marx Brothers includes a concise look at the incredible career of this unforgettable troupe, from their beginnings on the vaudeville circuit, to becoming Broadway stars, to their classic film stardom. All of the films, the co-stars, the plotlines, and all of the background tales are included. Also, the end of the film careers of the brothers is only part of the story, as Groucho, Harpo and Chico all branched out into other areas of the business on both radio and television.