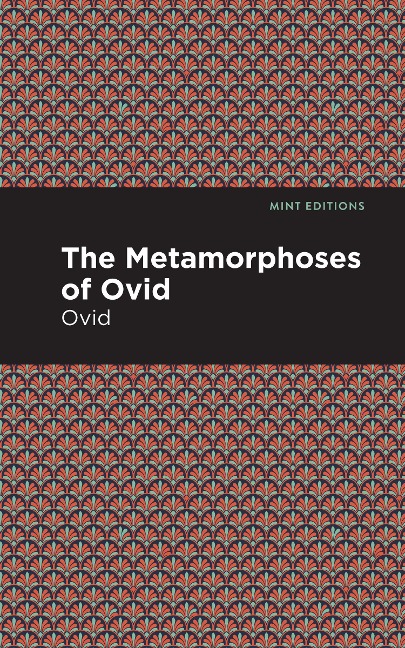 The Metamorphoses of Ovid

"The first taste I had for books came to me from my pleasure in the fables of the Metamorphoses of Ovid. For at about seven or eight years of age I would steal away from any other pleasure to read them, inasmuch as this language was my mother tongue, and it was the easiest book I knew and the best suited by its content to my tender age." -Michel de Montaigne

The Metamorphoses of Ovid (8 AD) is an epic poem by Ovid. Published the same year the poet was sent into exile for the rest of his life, the Metamorphoses are the crowning achievement of the first major poet of the Roman empire. Written in dactylic hexameter, the meter of Homer's Iliad and Odyssey and of Virgil's Aeneid, Ovid's work is an epic poem of transformations, of shape-shifting matter and beings bound to the power of love. Taking as its scope the whole history of the universe from the arrangement of order from chaos to the death of Julius Caesar, the Metamorphoses pays heed to desire's ability to enact long-lasting and at times irreversible change.

The story begins at the very beginning, with the creation of the cosmos out of nothing, of order out of unimaginable chaos. Gods and goddesses have their moment in the sun, mankind is born only to be wiped out by an immense flood, then to rise again. Amidst countless little-known descriptions of war, romance, and change are the timeless tales of Perseus, Jason and Medea, Theseus and the Minotaur, and the labors of Hercules. Icarus soars too close to the sun. Orpheus tragically condemns Eurydice to the underworld. Troy is built and destroyed, the immortal Achilles is killed, and Aeneas sets sail to save his life and lay the foundations for Rome itself. Throughout these interwoven stories of individual and epochal change, Ovid explores the inescapability of love and death, essential themes both shared by all and constitutive of everything that was or ever will be. The Metamorphoses of Ovid is an intricate masterpiece of world literature that stands the test of time just as much as it defines it.

With a beautifully designed cover and professionally typeset manuscript, this edition of The Metamorphoses of Ovid is a classic work of Roman literature reimagined for modern readers.

Ovid (43 BC-17/18 AD) was a Roman poet. Born in Sulmo the year after Julius Caesar's assassination, Ovid would join the ranks of Virgil and Horace to become one of the foremost poets of Augustus' reign as first Roman emperor. After rejecting a life in law and politics, he embarked on a career as a poet, publishing his first work, the Heroides, in 19 BC. This was quickly followed by his Amores (16 BC), a collection of erotic elegies written to his lover Corinna. By 8 AD, Ovid finished his Metamorphoses, an epic narrative poem tracing the history of Rome and the world from the creation of the cosmos to the death and apotheosis of Julius Caesar. Ambitious and eminently inspired, Metamorphoses remains a timeless work of Roman literature and an essential resource for the study of classical languages and mythology. Exiled that same year by Augustus himself, Ovid spent the rest of his life in Tomis on the Black Sea, where he continued to write poems of loss, repentance and longing.