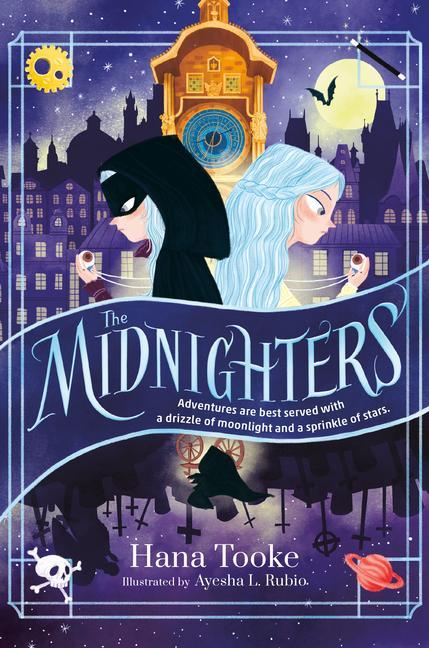 The Graveyard Book meets The Night Circus in this ghostly tale about two friends, one murder mystery, and a world of intrigue.

Ema Vašková is the twelfth child in her family, born on the twelfth day, of the twelfth month, at the very moment Prague's Astronomical Clock strikes twelve. Right from the start, it is clear that Ema is not an ordinary child. But when her behaviour gets altogether too strange, Ema's parents decide enough is enough, and she is sent to live with her eccentric bicycle-making Uncle Josef.

It is here that Ema meets her very first friend. Silvie is a girl who befriends colonies of bats, trawls treasures from the river, cartwheels down the Hunger Wall, and has but one firm rule: adventures are best served with a drizzle of moonlight and a sprinkling of stars, at midnight.

So when Silvie goes missing, Ema is determined to find her. Even if that means facing her fear of ghosts and infiltrating an alluringly peculiar secret society known as The Midnight Guild…

Hana Tooke was born in Alkmaar, the Netherlands, and now lives in Bath, England, with her family, a cat, and a spider called Spooder Bob. She received her BA in music from Plymouth University and an MA in writing for young people from Bath Spa University. Before becoming a children's book author, Hana was a singer, a primary school teacher, a cheese seller, and a mad scientist. The Midnighers is her second novel.