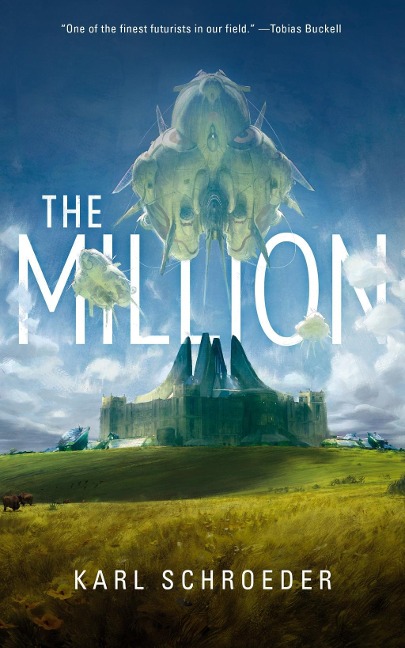 Futurist and award-winning author Karl Schroeder imagines infiltrating the elite of a marginal society in The Million.

Every thirty years, ten billion visitors overrun Earth during one month of madness: partying, polluting, and brawling. In between, the world is ruled by the Million; the inheritors and custodians of all of humanity's wealth and history, they lead unimaginable lives of privilege and wealth, and they see it as their due.

Gavin Penn-of-Chaffee is an illegal child-a visitor hidden among the Million. When the family that raised him in secret is torn apart, Gavin must impersonate a dead boy to survive. What he doesn't know is that his new identity is expected at the School of Auditors-the Million's feared police force, sworn to find and capture outcasts like him to keep the peace. In order to solve the murder of his adoptive father, Gavin must keep his disguise and his wits intact within the stronghold of those threatened by his very existence.