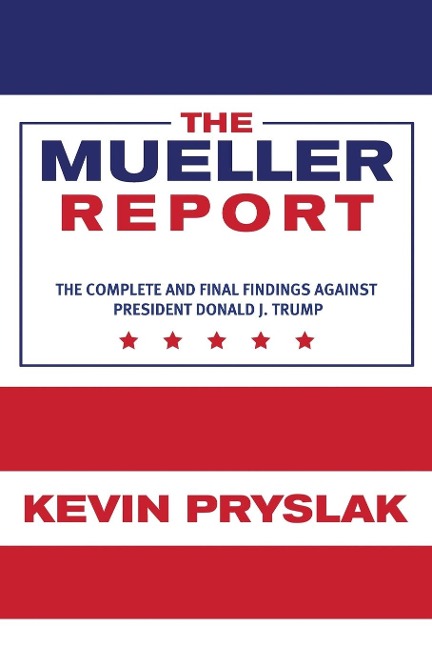 The Complete and Final Findings Against President Donald J. Trump

THIS IS A HUMOR BOOK AND NOT THE ACTUAL REPORT.
For nearly two years, America has been waiting on pins and needles for the definitive answer to the question that shook our American values and beliefs to the core: Did President Trump collude with Russia before, during, and/or after the 2016 presidential election?
During Robert Mueller's investigation, unfair partisan politics drove a wedge between American citizens, attempting to further vilify the Trump administration and the President's goal to "Make America Great Again." True patriots never faltered in their belief, not only in Mueller's professional capabilities, but also in the fact that the investigation would bring unshakable evidence to light. America would have its answer.
Kevin Pryslak expertly and accurately in a humorous way summarizes and describes the findings of The Mueller Report.

This book is a satire with mostly blank pages. It has 1,064 words.