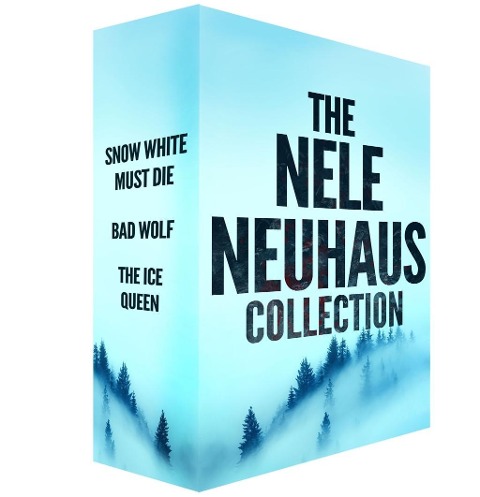 International bestselling author Nele Neuhaus is known for her impressive and thrilling body of work. With over five million copies in print worldwide, Neuhaus is a master of mystery and suspense.

Her Pia Kirchhoff and Oliver von Bodenstein detective saga will keep readers on the edge of their seats, an emotional roller coaster ride that is as shocking as it is satisfying. Here for the first time, readers can enjoy her first three novels together in one electrifying e-bundle.

Snow White Must Die
When Pia and Oliver are assigned to investigate a suspicious traffic death in a small town, details from a murder twenty years earlier start resurfacing, and the townspeople believe that a long forgotten killer is back on the loose... and out for blood.

Bad Wolf
Pia and Oliver struggle to identify a young murder victim that has washed up on a river bank when a well-known TV reporter is brutally attacked. Something isn't right in Frankfurt's highest echelons of society, and the two detectives have to dig deep to uncover shocking secrets.

The Ice Queen
The savage execution-style murder of a 92-year-old Holocaust survivor brings Pia and Oliver back to Frankfurt where eerily similar deaths keep occurring. The elderly victims seem to have one contact in common, a rich society matriarch who could be the key to catching a killer hiding secrets from the end of WWII.