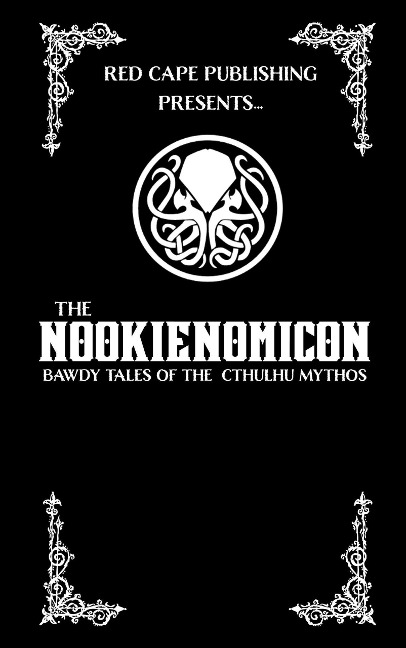 "Cor, look at the tentacles on that!"

Before the Karma Sutra there was The Nookienomicon, a book so insidious that it brought more than mere titillation... it brought terror!

Follow the path of madness wrought by this dreadful tome from the Hyborian Age to the present day as it spreads its influence, and its tentacles, throughout history. Join Kolon the Barbarian, Annie Mater, the insufferable Professor Feeley and a host of other bungling characters as they strive to halt the influence of the book and the abominations it summons.

From the gambrel roofed streets of Arkham and the decaying wharves of Innsmouth to Paris, Spain and the dusty halls of hallowed British institutions, one thing can be certain, wherever the Nookienomicon is found, it will bring insanity and hilarity.