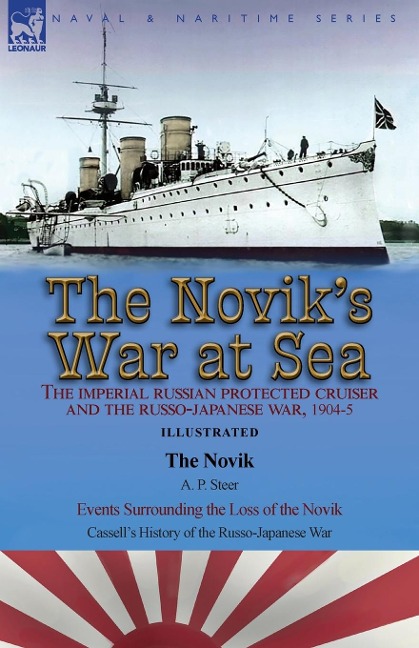 The Novik's War at Sea

A Russian Naval Officers Account and History
The Russo-Japanese war as it was fought at sea in the first years of the 20th century fascinates readers and students of naval warfare, since it may justifiably be described as the first war of the modern battleships. Russia, overly confident of its maritime pre-eminence, expected to give the recently modernised and inexperienced Japanese Navy an easily delivered and harsh lesson in conflict at sea, but instead paid a heavy price for its hubris. The author of the principal work in this special Leonaur edition served as an officer on board the Novik in 1904 and describes the actions which led to her destruction in vivid detail from first-hand experience. Readers familiar with Semenoff's work on the period will discover interesting corroborating information in these pages. This account is supported by an essay on the subject, extracted from Cassell's history of the war, and has been enhanced with photographs and illustrations which did not accompany the original publication.
Leonaur editions are newly typeset and are not facsimiles; each title is available in softcover and hardback with dustjacket.