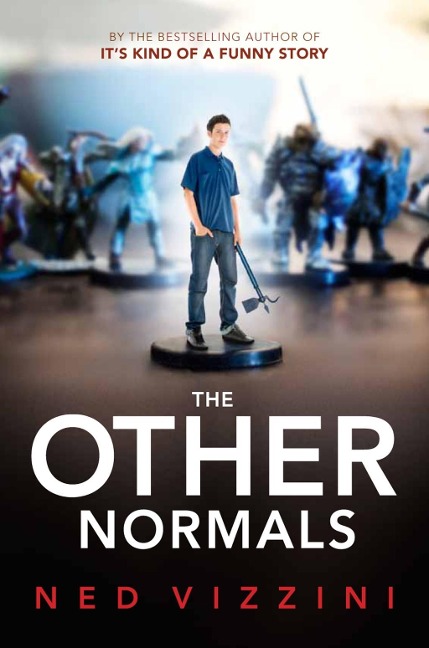 From Ned Vizzini, the best-selling author of It's Kind of a Funny Story and the co-author of the New York Times bestseller House of Secrets, comes this geektastic tale about role-playing and growing up. The Other Normals is a story from one of the most brilliant voices in teen literature about the winding and often hilarious path to manhood.

Given the chance, fifteen-year-old Peregrine "Perry" Eckert would dedicate every waking moment to Creatures & Caverns, a role-playing game with magical creatures, spell casting, and deadly weapons. The world of C&C is where he feels most comfortable in his own skin. But that isn't happening—not if his parents have anything to do with it. Concerned their son lacks social skills, they ship him off to summer camp.

Perry is bracing himself for the worst summer of his life. Everything changes, however, when Perry gets to camp and stumbles into the World of the Other Normals. There he meets Mortin Enaw, one of the creators of C&C, and mythical creatures from the game. Perry's new otherworldly friends need his help to save their princess and prevent mass violence. As they embark on their quest together, Perry realizes that his nerdy childhood has uniquely prepared him to be a great warrior in this world, and maybe even a hero. But to save the princess, Perry will have to learn how to make real connections in the human world as well.

Ned Vizzini (1981-2013) was the bestselling author of the acclaimed young adult books It's Kind of a Funny Story (also a major motion picture), Be More Chill, Teen Angst? Naaah . . . , and The Other Normals. He wrote for the New York Times, Salon, and The New Yorker. He also wrote for TV, including MTV's hit show Teen Wolf. His work has been translated into twenty-five languages.