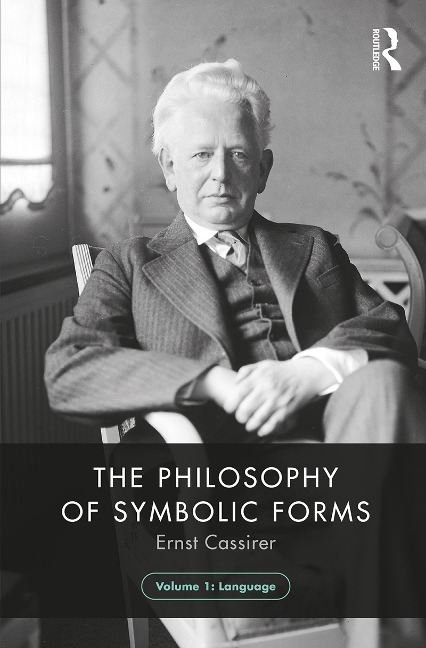 The Philosophy of Symbolic Forms, Volume 1

"The Philosophy of Symbolic Forms is a milestone in twentieth century philosophy. Promoting a philosophical vision informed by Kant, it incorporates the philosophical advances achieved in the nineteenth century by German Idealism and Neo-Kantianism, whilst acknowledging the contributions made by his contemporary phenomenologists. It also encompasses empirical and historical research on culture and the most contemporary work on myth, linguistics and psychopathology. As such, it ranks in philosophical importance along with other major works of the twentieth century, such as Edmund Husserl's Logical Investigations, Martin Heidegger's Being and Time, and Ludwig Wittgenstein's Tractatus Logico-Philosophicus.

In the first volume, Cassirer explores the symbolic form of language. Already recognized by thinkers in the tradition of German Idealism, such as Wilhelm von Humboldt, language is the primary medium by which we interact with others and form a common world. As Cassirer emphasizes in the famous Davos Debate with Heidegger, 'there is one objective human world, in which a bridge is built from individual to individual. That I find in the primal phenomenon of language.' The famous trias Cassirer discerns in the functioning of language - the functions of expression (Ausdruck), presentation (Darstellung), and signification (Bedeutung) - has become paradigmatic for accounts of language, philosophical, linguistic, and anthropological alike."

This new translation makes Cassirer's seminal work available to a new generation of scholars. Each volume includes a translator's introduction by Steve G. Lofts, a foreword by Peter E. Gordon, a glossary of key terms, and an index.

Ernst Cassirer was born in Germany 1874 in the city of Breslau (now Wroclaw, Poland). He taught at Hamburg University from 1919 to 1933, and then at All Souls College, Oxford, before emigrating to Sweden and then to the United States. Through its creative interpretation of Kant's philosophy combined with a deep knowledge of the role of language and culture, Cassirer's work is regarded as indispensable to understanding the relationship between the two major traditions in twentieth-century philosophy, the "analytic" and the "continental". Cassirer's philosophy is unique, as it sought a common ground between the scientific and humanistic worldviews which frequently divided these two traditions, exemplified in his famous debate with Martin Heidegger at Davos in 1929. His work resulted in the monumental Philosophy of Symbolic Forms as well as several books on the philosophy of humanism and the Enlightenment. He taught at the universities of Yale and Columbia in the early 1940s and died in New York in 1945.

Steve G. Lofts is Professor of Philosophy at King's University College, Canada. He is the translator of Cassirer's The Logic of the Cultural Sciences and The Warburg Years (1919-1933): Essays on Language, Art, Myth, and Technology.

Introduction and the Framing of the Problem

Volume 1: Toward a Phenomenology of the Linguistic Form

1. The Problem of Language in the History of Philosophy

2. Language in the Phase of Sensible Expression

3. Language in the Phase of Intuitive Expression

4. Language as the Expression of Conceptual Thinking: The Form of Linguistic Concept and Class Formation

5. Language and the Expression of the Pure Forms of Relation: The Sphere of Judgment and the Concepts of Relation [Relation].