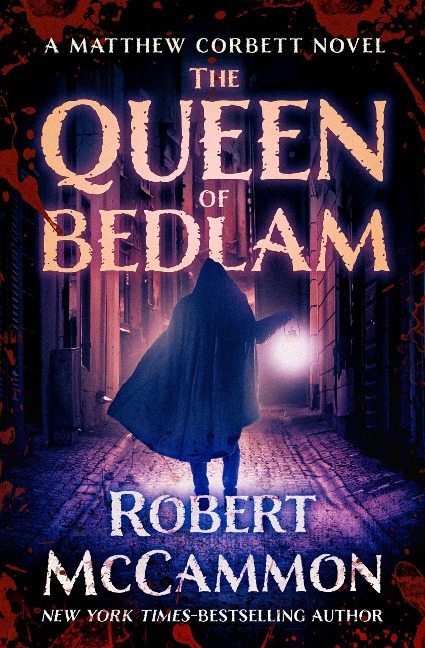 The Queen of Bedlam

"Historical NYC is [the] setting for this superb serial killer thriller," from the New York Times-bestselling author of Speaks the Nightbird (Fresh Fiction).

Manhattan, 1702. A bustling colonial town, New York is starting to see a rise in crime that is overtaking its fledgling law enforcement, namely a ragtag collection of constables whose job is mainly breaking up drunken tavern brawls and domestic squabbles.

After saving a woman from a witch-hanging in the southern colonies, magistrate's clerk Matthew Corbett finds himself back in New York, driven by his obsession to bring justice to the abusive headmaster of the orphanage where he was raised. Familiar with the dark side of human nature, Corbett is still shocked to find a throat-slashing killer stalking the nighttime streets, one who leaves cuts in the flesh around the victims' eyes.

Targeting some of the town's prominent citizens, "The Masker" has all of New York on edge. And Corbett's career takes a surprising turn that allows him to match wits with the killer, uncovering connections between the victims that will lead him straight into the shadowy recesses of the mind-and the blighted heart of a shocking conspiracy . . .

"The hero of Robert McCammon's saga of colonial witch hunts, Speaks the Nightbird, returns to track a serial killer in 18th-century New York . . . A good book for a winter storm." -Entertainment Weekly

Robert McCammon (b. 1952) is one of the country's most accomplished authors of modern horror and historical fiction, and a founder of the Horror Writers Association. Raised by his grandparents in Birmingham, Alabama, Bram Stoker and World Fantasy Award-winning McCammon published his first novel, the Revelations-inspired Baal, when he was only twenty-six. His writings continued in a supernatural vein throughout the 1980s, as he produced such bestselling titles as Swan Song, The Wolf's Hour, and Stinger.

In 1991, Boy's Life won the World Fantasy Award for best novel. After his next novel, Gone South, McCammon took a break from writing to spend more time with his family. He did not publish another novel until 2002's Speaks the Nightbird. Since then, he has followed "problem-solver" Matthew Corbett through seven sequels, in addition to writing several non-series books, including The Border and The Listener. McCammon still lives in Birmingham.