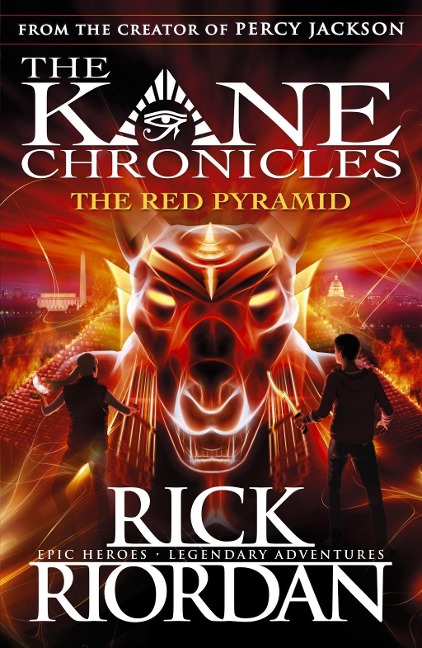 A brilliant new adventure series from the best-selling author of Percy Jackson.

Carter and Sadie have nothing in common but their parents: their father Dr. Julius Kane, a brilliant Egyptologist, and their mother, a famed archaeologist who died under mysterious circumstances when they were young.

The siblings barely know each other, but one night, their father brings them together at the British Museum, promising a 'research experiment' that will set things right for their family.

An explosion unleashes an ancient evil - the Egyptian god Set  who banishes Dr. Kane to oblivion and forces the children to flee for their lives. Now orphaned, Carter and Sadie must embark on a dangerous quest - from Cairo to Paris to the American Southwest, to save their father and stop Set from destroying everything they care about . . .