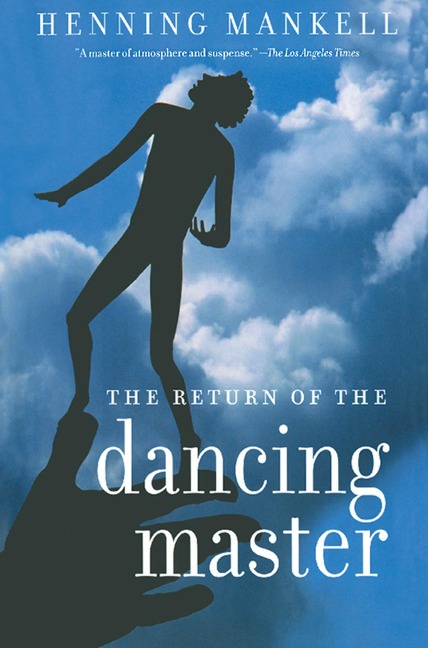 The Return of the Dancing Master

December 12, 1945. Nazi Germany lies in ruins as a British warplane lands in Buckeburg. A man carrying a small black bag quickly disembarks and travels to Hamelin, where he disappears behind the prison gates.  Early the next day, England's most experienced hangman executes twelve war criminals.

Fifty-four years later, retired policeman Herbert Molin spends another sleepless night on his remote farm in Härjedalen, Sweden. But it is this night when the long-dreaded shadows from his past finally emerge to exact revenge.  After Molin is found brutally slaughtered-literally whipped to death-the police discover strange tracks in the blood on the floor. . .as if someone had been practicing the tango.

Stefan Lindman is a young police officer who has just been diagnosed with cancer of the tongue. When he reads about the murder of his former colleague, he decides to travel north and find out what happened.  Soon he is enmeshed in a puzzling investigation with no witnesses, no discernible motives. Terrified of the illness that could take his life, Lindman nonetheless becomes more and more reckless as he uncovers the links between Molin's death, World War II, and an underground neo-Nazi network that runs much further and deeper than he had ever imagined. The Return of the Dancing Master is a gripping mystery from the widely praised author of the Kurt Wallander series.
E-Book 09/2018

Henning Mankell's Kurt Wallander mysteries are global bestsellers and have been adapted for television as a BAFTA Award-winning BBC series starring Kenneth Branagh. Mankell was awarded the Crime Writers' Association's Macallan Gold Dagger and the German Tolerance Prize, among many others. He divides his time between Sweden and Mozambique.