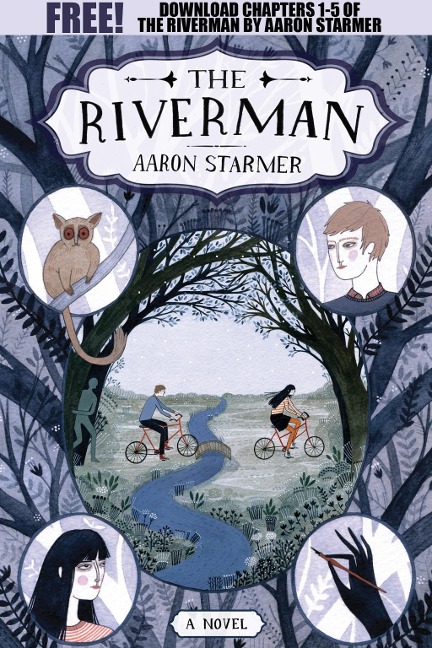 Download the first five chapters of The Riverman, the first book in an exciting new series about the fine line between friends and enemies, fact and fiction, by Aaron Starmer!

Alistair Cleary is the kid everyone trusts, the kid who wraps his fingers around secrets and never lets go. Fiona Loomis is not the typical girl next door. One day she shows up at Alistair's house with a proposition: she wants him to write her biography. Fiona says that in her basement there's a portal that leads to a magical world where a creature called the Riverman is stealing the souls of children. And Fiona's soul could be next. If Fiona really believes what she's saying, Alistair fears she may be crazy. But if it's true, her life could be at risk. It's up to Alistair to separate fantasy from reality.

The Riverman, by master storyteller Aaron Starmer, will leave you questioning the responsibilities of friendship, the boundaries of imagination, and the true origin-and ownership-of the stories we tell.