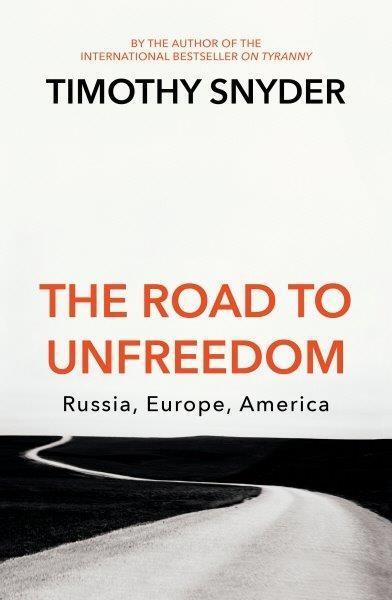 The Road to Unfreedom

Timothy Snyder shows how Russia works within the West to destroy the West; by supporting the far right in Europe, invading Ukraine in 2014, and waging a cyberwar during the 2016 presidential campaign and the EU referendum. Nowhere is this more obvious than in the creation of Donald Trump, an American failure deployed as a Russian weapon.

Timothy Snyder is Levin Professor of History at Yale University, and has written and edited a number of critically acclaimed and prize-winning books about twentieth-century European history: his most recent book, On Tyranny, was an international bestseller.

Previous books include Black Earth, which was longlisted for the Samuel Johnson Prize; and Bloodlands, which won the Hannah Arendt Prize, the Leipzig Book Prize for European Understanding, the Ralph Waldo Emerson Award in the Humanities and the literature award of the American Academy of Arts and Letters.

His books have been translated into more than forty languages.