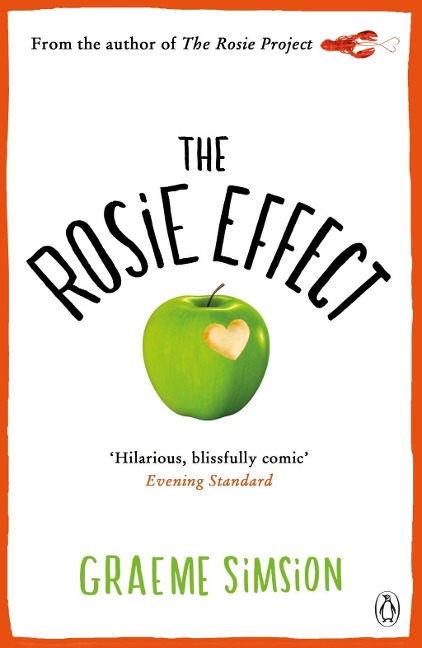 Sink into the joyously weird and wonderful next chapter of Don and Rosie, in Graeme Simsion's unmissable sequel to the bestselling The Rosie Project!

Forty-one-year-old geneticist Don Tillman had never had a second date before he met Rosie.

Now, living in New York City, they have survived ten months and ten days of marriage, even if Don has had to sacrifice standardised meals and embrace unscheduled sex.

But then Rosie drops the mother of all bombshells. And Don must prepare for the biggest challenge of his previously ordered life - at the same time as dodging deportation, prosecution and professional disgrace.

Is Don Tillman ready to become the man he always dreamed of being?

Or will he revert to his old ways and risk losing Rosie for ever?

Want to find out what Rosie and Don do next? Continue the journey with The Rosie Result OUT NOW - the hilarious and heart-warming conclusion to the trilogy!
____________

'All three of the Rosie novels made me laugh out loud. Ultimately the story is about getting inside the mind and heart of someone a lot of people see as odd, and discovering that he isn't really that different from anybody else' Bill Gates, 2020 Summer Books

'A wholly absorbing, vivid read that leaves you pining to be reunited with its characters every time you put it down - if you're able to' Independent

'Quirky and sweetly funny, you will want to join the Don Tillman fan club all over again' Sun on Sunday

'Genuinely heartwarming, truly endearing, plenty of LOLs. You may end up a blubbing wreck' Heat

'The hilarious follow-up to The Rosie Project, one of the best novels I've read in ages. A sweet, entertaining, and thought-provoking book' Bill Gates