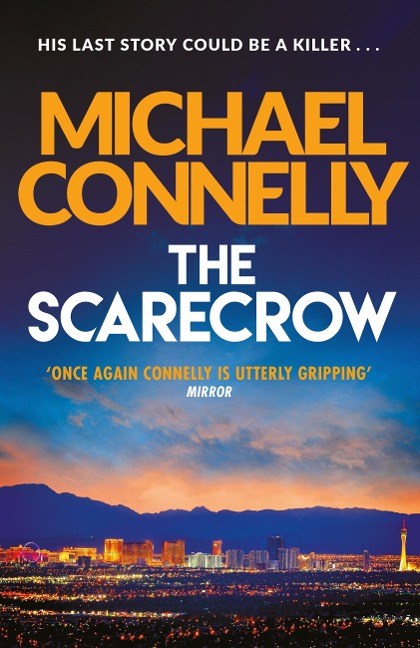 A standalone crime thriller featuring Jack McEvoy, hero of The Poet, from the global bestselling author of THE LINCOLN LAWYER and BRASS VERDICT.

Jack McEvoy is at the end of the line as a crime reporter. Forced to take a buy-out from the Los Angeles Times, he's got 30 days left on the job. His last assignment? Training his replacement, a low-cost reporter just out of J-school. But Jack has other plans for his exit. He is going to go out with a bang: a final story that will win the newspaper journalism's highest honour - a Pulitzer Prize.

Jack focuses on Alonzo Winslow, a sixteen-year-old drug dealer from the projects who has confessed to police that he brutally raped and strangled one of his crack clients. But as Jack delves into the story he soon realises that Alonzo's so-called confession is bogus. The investigation leads him to a serial killer known as The Scarecrow, who has worked completely below the police and FBI radar.

Jack is soon off on the crime beat and running on the biggest story he's had since The Poet crossed his path twelve years before - but The Scarecrow knows he's coming . . .

The Perils of Perception

So viel Freude, so viel Wut