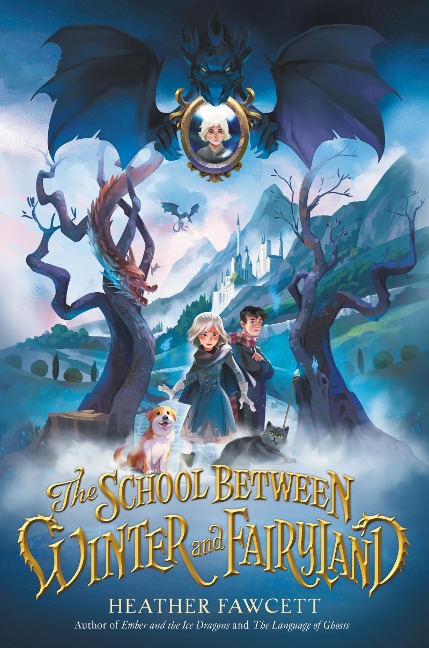 The School Between Winter and Fairyland

A fresh and exciting twist on magical boarding schools, the well-loved Chosen One trope, and the nature of true heroism—from the author of The Language of Ghosts and Ember and the Ice Dragons. Perfect for fans of middle grade fantasies including the Serafina series by Robert Beatty and Neil Gaiman's Coraline.

Twelve-year-old Autumn Malog is a servant at the enchanting Inglenook School, where young magicians study to become the king's future monster-hunters. Along with her Gran and three too many older brothers, she works as a beastkeeper, tending to Inglenook's menagerie of terrifying monsters.

But when she isn't mucking out the wyvern stalls or coaxing the resident boggart to behave, Autumn searches for clues about her twin brother's mysterious disappearance. Everyone else thinks he was devoured by the feared Hollow Dragon, but Autumn is convinced she's heard—and glimpsed—him calling to her from within the castle walls. But who will believe a lowly servant?

So when Cai Morrigan, the "Chosen One” prophesied to one day destroy the Hollow Dragon, comes to her for help, Autumn agrees on one condition: Together, they'll search for her brother and uncover the dark truth at the heart of enchanting Inglenook School once and for all.

Heather Fawcett is the author of the middle grade novels Ember and the Ice Dragons and The Language of Ghosts, as well as the young adult series Even the Darkest Stars. She has a master's degree in English literature and has worked as an archaeologist, photographer, technical writer, and backstage assistant for a Shakespearean theater festival. She lives on Vancouver Island, Canada. Visit Heather online at www.heatherfawcettbooks.com.