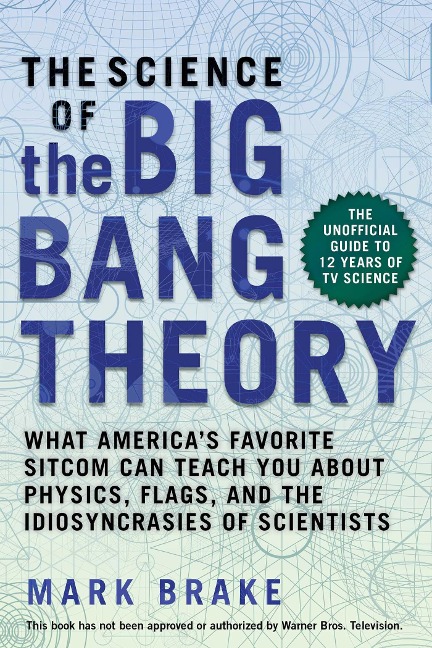 What America's Favorite Sitcom Can Teach You about Physics, Flags, and the Idiosyncrasies of Scientists

The geeks will inherit the earth.

With well over two hundred episodes and a dozen seasons, The Big Bang Theory is one of America's favorite television series, bringing a new class of character to mainstream television: the science nerd.

In spite of its evident popularity and influence in shaping public attitudes to science and scientists, there are relatively few books that explore the show's culture and social dimension. The Science of The Big Bang Theory looks behind the comedy scenes and scripts of this long-running and successful TV show to explore topics such as:

This book is a light-hearted science companion to TV's The Big Bang Theory, providing you with just the kind of dissection of the science and culture you'd need to understand "math, science, history, unraveling the mysteries, that all started with the big bang! Hey!"
E-Book 05/2019

Mark Brake developed the world's first science and science fiction degree in 1999. He also launched the world's first astrobiology degree in 2005. He's communicated science through film, television, print, and radio on five continents, including for NASA, Seattle's Science Fiction Museum, the BBC, the Royal Institution, and Sky Movies. He was one of the founding members of NASA's Astrobiology Institute Science Communication Group. He has written more than a dozen books, including Alien Life Imagined for Cambridge University Press in 2012. Mark also tours Europe with Science of Doctor Who, Science of Star Wars, and Science of Superheroes road shows.

The Dance of Connection

Where There's a Will

WAS IST WAS Quiz Meer