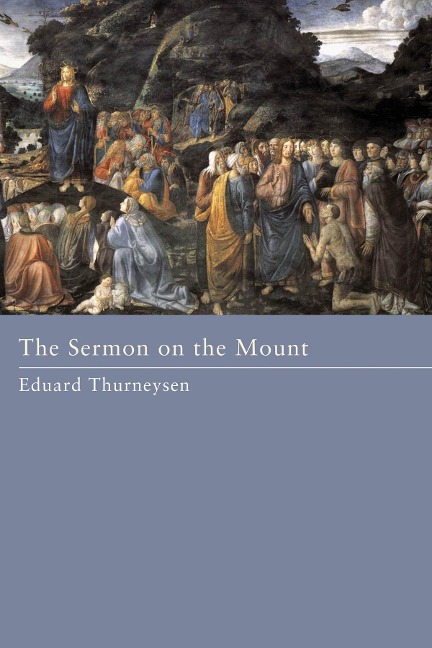 The Sermon on the Mount

The Sermon on the Mount is often considered a model for the moral and religious conduct of man. Such an interpretation defrauds the Sermon of its real meaning, according to Eduard Thurneysen, and results in a futile legalistic attempt to fulfill the Sermon's commands.
Dr. Thurneysen insists that the Sermon on the Mount must be understood in terms of gospel and nothing but gospel. It is to be read with eyes directed only to Jesus and not to the problems of life as such. Then the problems will be set in true perspective, too.
He further asserts that the Sermon is gospel in the form of law. Each "thou shalt" is the future promise--"you will"--because you have received the promise of the coming kingdom. The gospel demands obedience, but it is always the obedience of disobedient man--an obedience on the basis of grace.