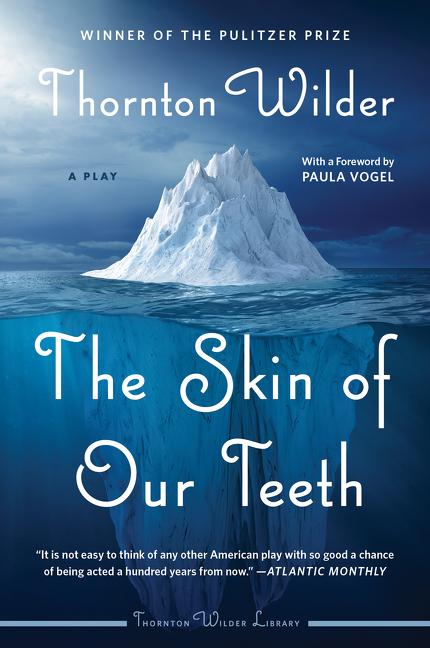 The Skin of Our Teeth: A Play

"Wilder has become a prophet again, searching for values that make humanity worth saving, in a world constantly on the verge of being destroyed either by pitiless nature or by human rage, selfishness, and folly." —Michael Feingold, Village Voice

A timeless statement about human foibles and human endurance, The Skin of Our Teeth brilliantly showcases Thornton Wilder's storytelling genius and extraordinary talent for delving deep into the human psyche. This edition includes an updated afterword by Wilder's nephew, Tappan Wilder, with illuminating material about the author and play.

Written by Wilder less than a month after the Japanese attack on Pearl Harbor, The Skin of Our Teeth broke from established theatrical conventions of nostalgia and sentiment and walked off with the 1943 Pulitzer Prize for Drama. Combining farce, burlesque, satire, and more, Wilder depicts and Everyman Family as it narrowly escapes one end-of-the-world disaster after another. Meet George and Maggie Antrobus (married only 5,000 years); their two children, Gladys and Henry (perfect in every way!); and their maid, Sabina (the ageless vamp), as they overcome ice, flood, and war—by the skin of their teeth.