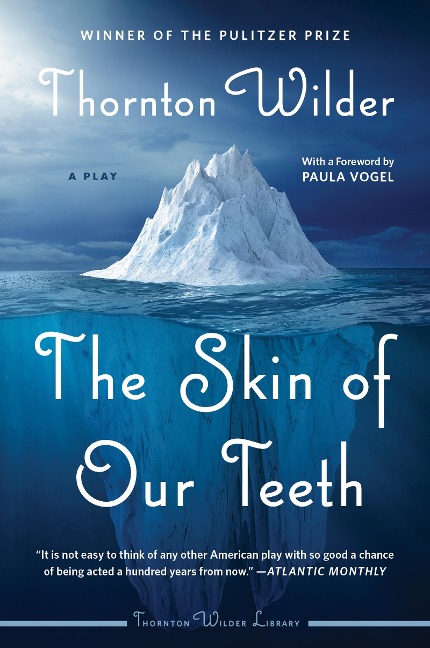 The Skin of Our Teeth

Time magazine called The Skin of Our Teeth "a sort of Hellzapoppin' with brains," as it broke from established theatrical conventions and walked off with the 1943 Pulitzer Prize for Best Drama.

Combining farce, burlesque, and satire (among other styles), Thornton Wilder departs from his studied use of nostalgia and sentiment in Our Town to have an Eternal Family narrowly escape one disaster after another, from ancient times to the present. Meet George and Maggie Antrobus (married only 5,000 years); their two children, Gladys and Henry (perfect in every way!); and their maid, Sabina (the ageless vamp) as they overcome ice, flood, and war—by the skin of their teeth.

Witty, clever, and provocative, The Skin of Our Teeth showcases Wilder's storytelling genius and his extraordinary talents at delving deep into the human psyche.

Milo is Not a Dog Today

Dawn of the New Everything

Set the World on Fire