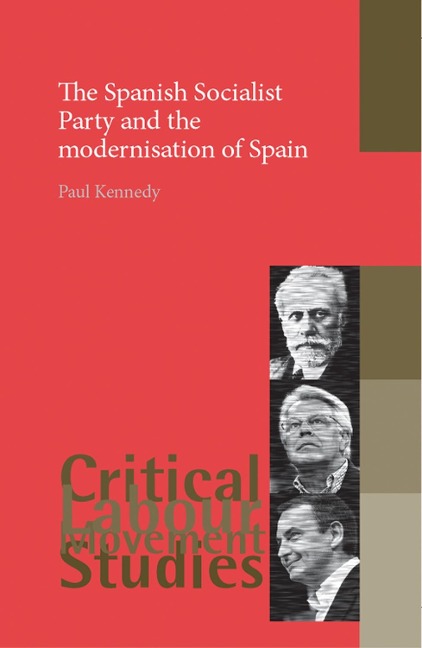 The Spanish Socialist Party and the modernisation of Spain

This book considers the most electorally successful political party in Spain, the Spanish Socialist Workers' Party (PSOE), which was in government for two of the three decades since it won office under Felipe González in 1982. Providing rich historical background, the book's main focus is on the period since General Franco's death in 1975. It charts Spain's modernisation under the PSOE, with a particular focus on the role played by European integration in this process. Covering events including the 2011 general election, the book is one of the most up-to-date works available in English and will be of great interest to academics and undergraduate and postgraduate students in the field of Spanish and European studies.