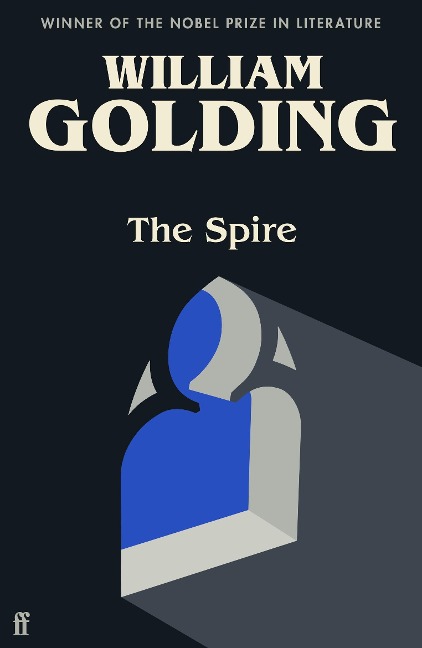 With an introduction by John Mullan

Succumb to one churchman's apocalyptic vision in this prophetic tale by the radical Nobel Laureate and author of Lord of the Flies, William Golding (recorded by Benedict Cumberbatch as an audiobook).

There were three sorts of people. Those who ran, those who stayed, and those who were built in.

Dean Jocelin has a vision: that God has chosen him to erect a great spire. His master builder fearfully advises against it, for the old cathedral was miraculously built without foundations. But Jocelin is obsessed with fashioning his prayer in stone. As his halo of hair grows wilder and his dark angel darker, the spire rises octagon upon octagon, pinnacle by pinnacle, watched over by the gargoyles - until the stone pillars shriek, the earth beneath creeps, and the spire's shadow falls like an axe on the medieval world below ...

'Astounding ... So recklessly beautiful, so sad and so strange ... Holds such a place in my soul that it's more or less a sacred text.' Sarah Perry

'A kind of miracle ... Genius.' Guardian

'Quite simply, a marvel.' NYRB

'A visionary ... His masterwork [of] faith, folly and desperate desire ... Golding at his best.' Benjamin Myers

Yes! I Can Manage, Thank You!