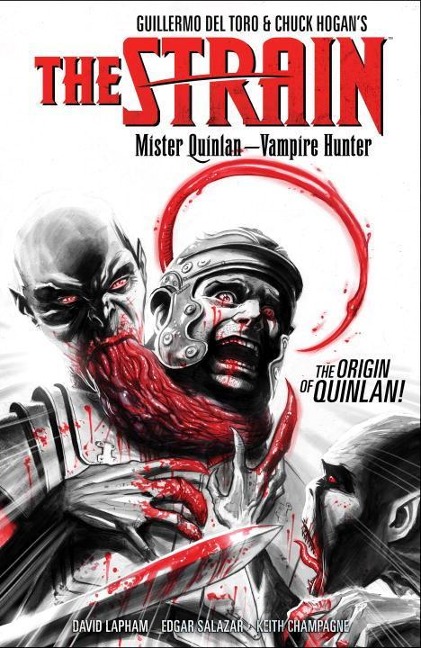 Mr. Quinlan, a product of a hellish vampiric ritual gone wrong, seeks to destroy the Master, the powerful vampire who sired him. After he is forced into hiding in the ancient Roman hillsides, he is captured and raised in the arenas as a gladiator. Winning his freedom as a champion against the will of the emperor, Mr. Quinlan is smuggled to Africa to battle foreign hordes. He must survive long enough to carry out his mission--but then his target begins hunting him.

Acclaimed comics writer David Lapham traces the dark origin tale of the popular character from the television series The Strain. This volume collects issues #1-#5 of The Strain: Mr. Quinlan.

David Lapham is an American comic book writer, artist, and cartoonist, best known for his work on the independent comic book Stray Bullets. David Lapham started his career in 1990 as a penciller at Valiant Comics. He went on to work under editor Jim Shooter at Defiant Comics, where they co-created Warriors of Plasm in 1993. 2009 saw the release of Dark Horse: Noir, which included "Stray Bullets." The author lives in Phoenix, AZ.