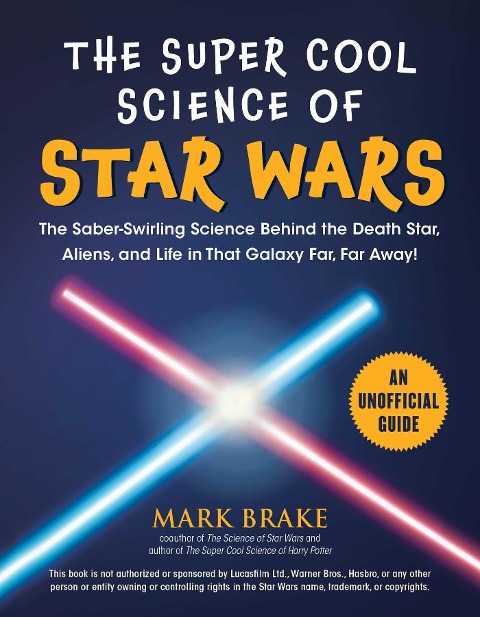 The Saber-Swirling Science Behind the Death Star, Aliens, and Life in That Galaxy Far, Far Away!

Star Wars has captured the hearts and imaginations of sci-fi fans worldwide. We all marvel at its dazzling variety of aliens, spaceships, and planets. That's because there's something revolutionary about the actual science in Star Wars. These painted pictures from the movies make us see the universe in a new light. They inspire us to ask questions such as:

The Super Cool Science of Star Wars is a book for any young Star Wars fan. You don't need to be a Jedi scientist to make the jump to light speed and find the facts behind the Star Wars galaxy!
E-Book 09/2020

Mark Brake developed the world's first science and science fiction degree in 1999. He also launched the world's first astrobiology degree in 2005. He's communicated science through film, television, print, and radio on five continents, including for NASA, Seattle's Science Fiction Museum, the BBC, the Royal Institution, and Sky Movies. He was one of the founding members of NASA's Astrobiology Institute Science Communication Group. He has written more than a dozen books, including Alien Life Imagined for Cambridge University Press in 2012. Mark also tours Europe with Science of Doctor Who, Science of Star Wars, and Science of Superheroes road shows.