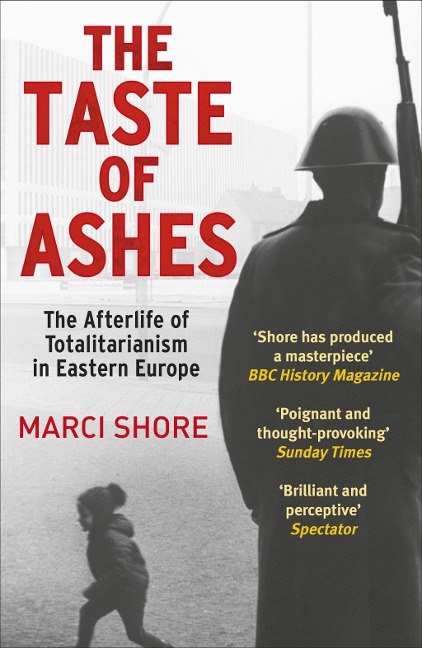 The Taste of Ashes

A superb account of complex psyche of Eastern Europe in the wake of the revolutions of 1989 and the opening of the communist archives.

In the tradition of Timothy Garton Ash's The File, Yale historian and prize-winning author Marci Shore draws upon intimate understanding to illuminate the afterlife of totalitarianism. The Taste of Ashes spans from Berlin to Moscow, moving from Vienna in Europe's west through Prague, Bratislava, Warsaw and Bucharest to Vilnius and Kiev in the post-communist east. The result is a shimmering literary examination of the ghost of communism - no longer Marx's 'spectre to come' but a haunting presence of the past.

Marci Shore builds her history around people she came to know over the course of the two decades since communism came to an end in Eastern Europe: her colleagues and friends, once-communists and once-dissidents, the accusers and the accused, the interrogators and the interrogated, Zionists, Bundists, Stalinists and their children and grandchildren. For them, the post-communist moment has not closed but rather has summoned up the past: revolution in 1968, Stalinism, the Second World War, the Holocaust. The end of communism had a dark side. As Shore pulls the reader into her journey of discovery, reading the archival records of people who are themselves confronting the traumas of former lives, she reveals the intertwining of the personal and the political, of love and cruelty, of intimacy and betrayal. The result is a lyrical and sometimes heartbreaking portrayal of how history moves and what history means.