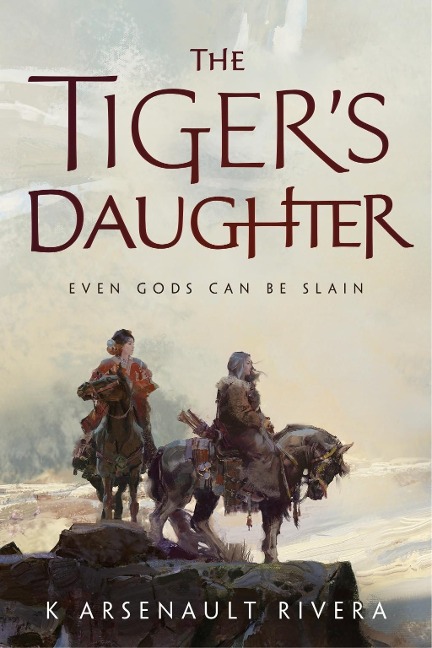 Even gods can be slain

The Hokkaran empire has conquered every land within their bold reach-but failed to notice a lurking darkness festering within the people. Now, their border walls begin to crumble, and villages fall to demons swarming out of the forests.

Away on the silver steppes, the remaining tribes of nomadic Qorin retreat and protect their own, having bartered a treaty with the empire, exchanging inheritance through the dynasties. It is up to two young warriors, raised together across borders since their prophesied birth, to save the world from the encroaching demons.

This is the story of an infamous Qorin warrior, Barsalayaa Shefali, a spoiled divine warrior empress, O Shizuka, and a power that can reach through time and space to save a land from a truly insidious evil.

A crack in the wall heralds the end...two goddesses arm themselves...K Arsenault Rivera's The Tiger's Daughter is an adventure for the ages.

A Dead Djinn in Cairo

Lord of the Last Heartbeat

A Boy and his Dog at the End of the World