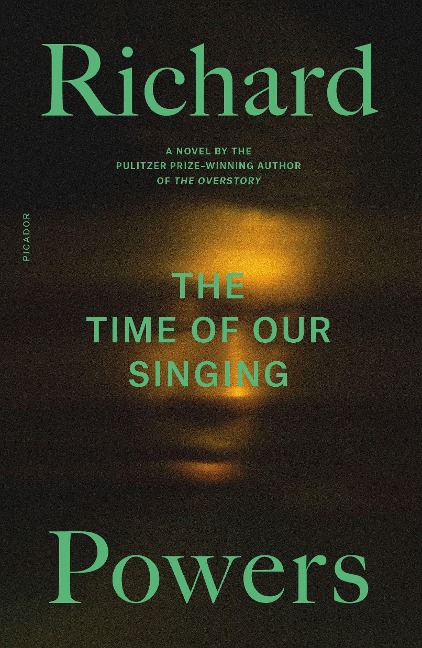 The Time of Our Singing

"The last novel where I rooted for every character, and the last to make me cry." - Marlon James, Elle

From the Pulitzer Prize-winning author of The Overstory and the Oprah's Book Club selection Bewilderment comes Richard Powers's magnificent, multifaceted novel about a supremely gifted-and divided-family, set against the backdrop of postwar America.

On Easter day, 1939, at Marian Anderson's epochal concert on the Washington Mall, David Strom, a German Jewish émigré scientist, meets Delia Daley, a young Black Philadelphian studying to be a singer. Their mutual love of music draws them together, and-against all odds and their better judgment-they marry. They vow to raise their children beyond time, beyond identity, steeped only in song. Jonah, Joseph, and Ruth grow up, however, during the civil rights era, coming of age in the violent 1960s, and living out adulthood in the racially retrenched late century. Jonah, the eldest, "whose voice could make heads of state repent," follows a life in his parents' beloved classical music. Ruth, the youngest, devotes herself to community activism and repudiates the white culture her brother represents. Joseph, the middle child and the narrator of this generation-bridging tale, struggles to find himself and remain connected to them both.

Richard Powers's The Time of Our Singing is a story of self-invention, allegiance, race, cultural ownership, the compromised power of music, and the tangled loops of time that rewrite all belonging.

The Time of Our Singing

The Dragons of Eden: Speculations on the Evolut...