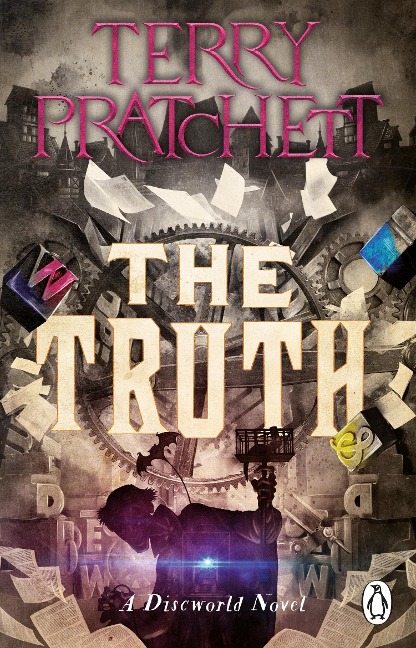 'A lie can run round the world before the truth can get its boots on.'

William de Worde has somehow found himself editor of Ankh-Morpork's first newspaper. Well, with a name like that . . .

Launched into the world of investigative journalism, alongside reporter Sacharissa Cripslock, William soon learns that the news is a risky business. For a start, his colleagues include a band of axe-wielding dwarfs and a recovering vampire with a life-threatening passion for flash photography.

It's a big news week: the most powerful man in the city has been arrested, leaving Ankh-Morpork without a leader. And a dangerous criminal organisation will do anything to control the story . . .

The Discworld novels can be read in any order but The Truth is a standalone.