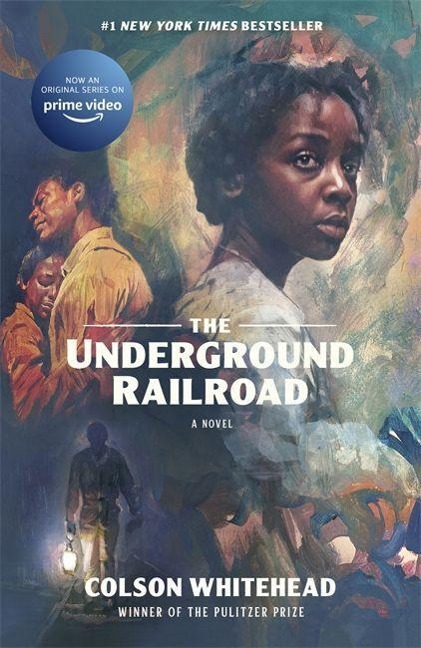 Winner of the Pulitzer Prize for Fiction 2017

Cora is a slave on a cotton plantation in Georgia, an existence made even more hellish by her status as an outcast among her fellow Africans. And she is approaching womanhood, where greater pain and danger awaits. So when Caesar, a slave recently arrived from Virginia, tells her about the Underground Railroad, Cora takes the momentous decision to accompany him on his escape to the North.

In this razor-sharp novel, the Underground Railroad has assumed a physical form: a dilapidated box-car pulled by a steam locomotive, picking up fugitives wherever it can. Thus begins Cora's perilous journey, as she is pursued by a ruthless slave-catcher named Ridgeway, obsessed both with Cora and her mother, who eluded him years before.

[Thumbnail for The Nickel Boys]

Colson Whitehead is a multi-award winning and bestselling author whose works include The Nickel Boys, The Underground Railroad, The Noble Hustle, Zone One, Sag Harbor, The Intuitionist, John Henry Days, Apex Hides the Hurt and a collection of essays, The Colossus of New York. He is one of only four novelists to win the Pulitzer Prize for Fiction twice and is a recipient of MacArthur and Guggenheim fellowships. For The Underground Railroad, Whitehead won the National Book Award, the Pulitzer Prize for Fiction, the Arthur C. Clarke Award for Fiction, the Andrew Carnegie Medal for Excellence and was longlisted for the Booker Prize. He was awarded the Pulitzer Prize for a second time for The Nickel Boys, which also won the George Orwell Prize for Political Fiction and The Kirkus Prize. The Underground Railroad has been adapted as an Amazon Prime TV series, produced and directed by the Academy Award winning director Barry Jenkins, and was broadcast in 2021. He lives with his family in New York City.

The Party Is Over