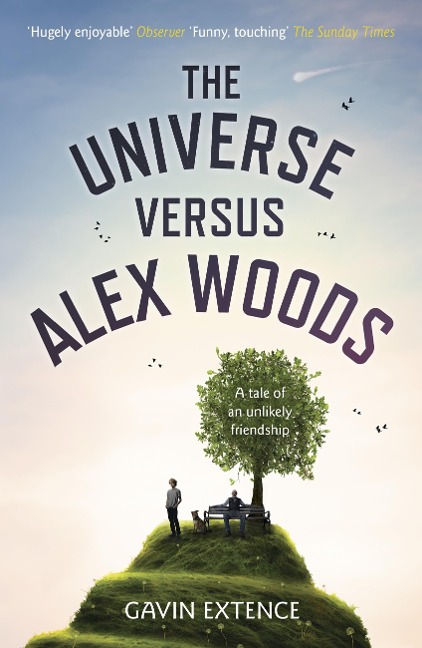 The Universe versus Alex Woods

An UNFORGETTABLE story of an unexpected friendship, an unlikely hero and an improbable journey

*Perfect for fans of A BOY MADE OF BLOCKS*

Alex Woods knows that he hasn't had the most conventional start in life.

He knows that growing up with a clairvoyant single mother won't endear him to the local bullies.

He also knows that even the most improbable events can happen - he's got the scars to prove it.

What he doesn't know yet is that when he meets ill-tempered, reclusive widower Mr Peterson, he'll make an unlikely friend. Someone who tells him that you only get one shot at life. That you have to make the best possible choices.

So when, aged seventeen, Alex is stopped at Dover customs with 113 grams of marijuana, an urn full of ashes on the passenger seat, and an entire nation in uproar, he's fairly sure he's done the right thing.

A tale of an unexpected friendship, an unlikely hero and an improbable journey, Alex's story treads the fine line between light and dark, laughter and tears. And it might just strike you as one of the funniest, most heartbreaking novels you've ever read.

The Call of Cthulhu

The Five Dysfunctions of a Team