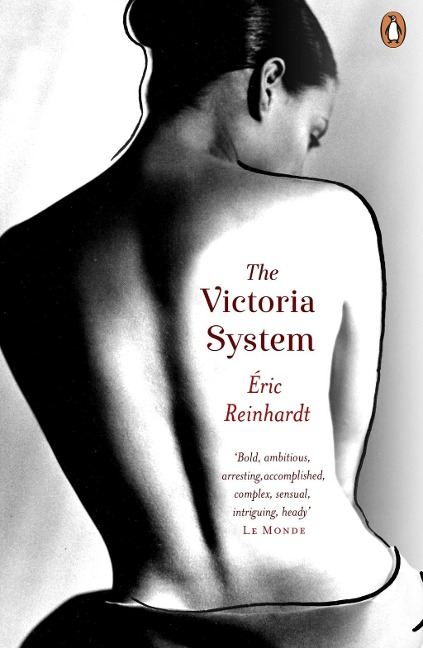 David Kolski never sleeps with the same woman twice - apart from his wife.

Then he meets Victoria. Head of people at a multinational company, by day she is a ruthless executive in a lightning-paced, high-pressured whirlwind of power and productivity. By night she likes good wine, luxurious hotel rooms, and abandoning herself to her sexual fantasies.

David is soon addicted. Under crushing pressure at work to oversee the construction of a huge Paris tower-block in near-impossible circumstances, he takes new vigour and inspiration from his hard-headed capitalist lover. He works harder, faster and better, and then escapes to indulge in the most intense sexual passion he's ever experienced.

But when Victoria offers to use her position to help him in his career, a dark shadow falls over their affair. Is she really capable of helping anyone other than herself, or is she hiding something from him? And who are the two men in the Audi he keeps seeing, always a few cars behind him?

Complex, compelling and ambitiously structured, The Victoria System is a daringly sensual story of an obsession. Part erotica; part thriller; part novel of ideas, like a series of slightly angled mirrors held up to our globalised, capitalist society, the twists and turns of its narrative create a dazzling interplay of reflections and compel us to question the assumptions and forces of our modern world.

'Dark, twisted and devastating. . . A big novel of amorous adventures in the era of the blackberry. Eric Reinhardt is the new Alexandre Dumas' Nouvel Observateur

'The Victoria System is a fantastic and sensual modern thriller, like nothing I've ever read' Christian Louboutin

'A powerful novel about the philosophical and moral consequences of ultra-liberalism, and a subtle reflection on the urges of the powerful' Marianne

Éric Reinhardt is one of the rising stars of French literature. He is the author of five novels and also a freelance publisher of art books. He lives and works in Paris. The Victoria System was first published in French in 2011 and was nominated for the Prix Goncourt, the Prix Renaudot and the Grand Prix du Roman de l'Académie Française. It is Éric Reinhardt's first novel to be translated into English.

Sam Taylor is the English-language translator of HHhH, by Laurent Binet, and the author of the novels The Island at the End of the World, The Amnesiac and The Republic of Trees. He lives in France and the United States.