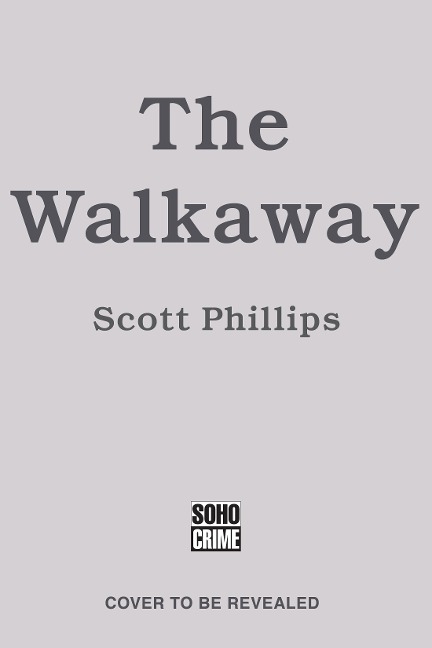 Noir master Scott Phillips's The Walkaway explores the far-reaching consequences of the deception and violence of its predecessor, The Ice Harvest.

Summer 1989: Retired cop Gunther  Fahnstiel walks out of the dementia ward of a Wichita nursing home to  track down the pile of cash he stashed away a decade ago. The money  isn't exactly his; on Christmas of 1979, Gunther and his wife  accidentally ran over a stranger with their RV and found the stacks of  bills in his bag, along with plane tickets, a .22-caliber pistol, and a  bottle of Johnnie Walker.

As Gunther evades his well-meaning pursuers-family, old friends and the law-his thoughts keep returning to 1952,  when he was moonlighting as the muscle for a sex ring operating out of  an aircraft plant and protecting its ringleader from her estranged  psychopath of a husband. As Gunther's memories unravel, the past and present will collide in a devastating reckoning.

This Soho Crime reissue, a dark comedy that is at once prequel and sequel to Phillips's award-winning debut The Ice Harvest, proves that no walkaway can truly escape.

Scott Phillips is a screenwriter, photographer and the author of eight novels and a short story collection. His bestselling debut novel, The Ice Harvest, was a New York Times Notable Book and was adapted as a major motion picture starring John Cusack and Billy Bob Thornton. He is the winner of the California Book Award, as well as being a finalist for the Edgar Award, the Hammett Prize and the CWA Gold Dagger Award. Scott was born and raised in Wichita, Kansas and lived for many years in France. He now lives with his wife and daughter in St. Louis, Missouri.