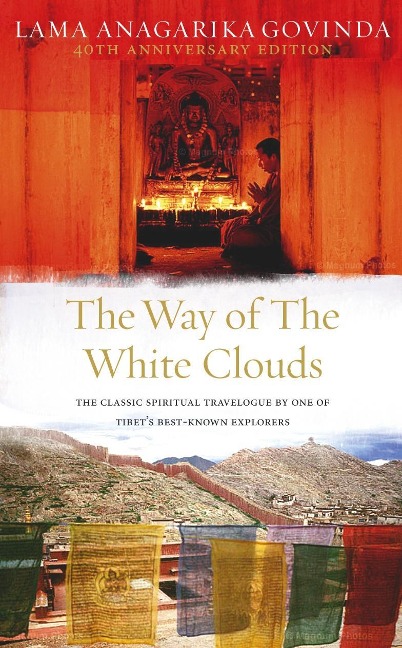 The Way Of The White Clouds

'It tells of terrible journeys, of men masked against the sun (riding through ethereal regions with their feet frozen), of welcoming fog-girt monasteries lit by butter lamps at the journey's end' New Statesman

The Way of the White Clouds is the remarkable narrative of a pilgrimage which could not be made today. Lama Anagarika Govinda was among the last to journey through Tibet before its invasion by the Chinese. His unique account is not only a spectacular and gloriously poetic story of exploration and discovery, it is also invaluable for its sensitive and clearly presented interpretation of the Tibetan tradition.

'Why is it that the fate of Tibet has found such a deep echo in the world? There can only be one answer: Tibet has become the symbol of all that present-day humanity is longing for' Lama Anagarika Govinda