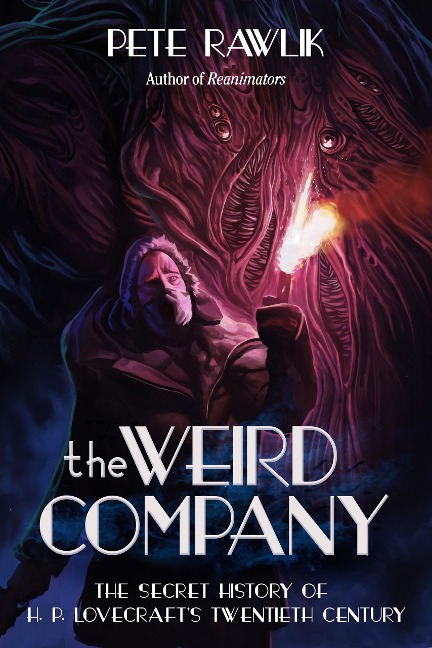 The Shoggoths of Cthulu mythos star in an Antarctica-set novel by the author of Reanimators, "the coolest, most gifted Lovecraftian writer working today" (W. H. Pugmire).

Once, Dr. Stuart Hartwell sought to destroy a fellow colleague by revealing the dreadful mysteries of his unholy experiments-only to end up following the same venal path as a reanimator of the dead. Now Hartwell has returned-with company. Weird company: a witch, a changeling, a mad scientist, and a poet who is trapped in the form of a beast. These are not heroes, but monsters…monsters to fight monsters.

Their adventures range across the globe, from the mountains and long-forgotten caves of the South Pole to a coastal town in Massachusetts that still holds terrifying secrets. Now, the Shoggoths are rising. And only the weird company stands between them and an unsuspecting world.

This second book in a trilogy draws from some of the most legendary and fantastical literary characters and creatures in the history of uncanny fiction-"indeed, there's much of Jules Verne, not to mention Conan Doyle, H.G. Wells and Rider Haggard in this story of adventure, science fiction and horror, which ranges from the back streets of Innsmouth to the frozen wastes of Antarctica."-British Fantasy Society

Pete Rawlik has been active in all things Lovecraftian since his father read him "The Rats in the Walls" when he was a child as a bedtime story. For more than two decades he has run Dead Ink, selling rare and unusual books. Rawlik's fiction has appeared in numerous magazine and anthologies. His first novel, Reanimators, was published by Night Shade Books in 2013.