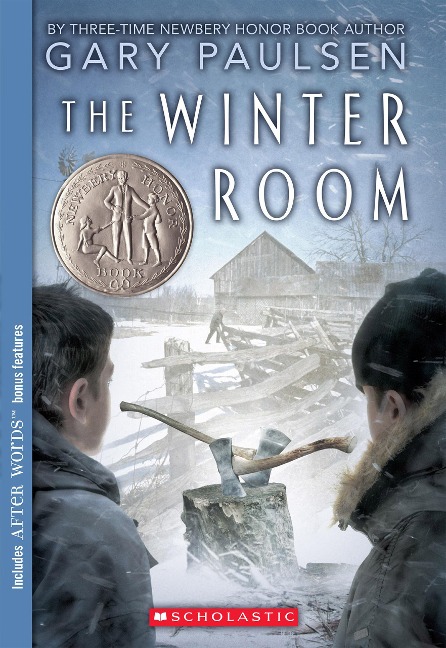 A Newbery Honor Book by the New York Times-bestselling author of Northwind. "A compelling description of farming in a bygone time." -Publishers Weekly

ALA Notable Book for Children

Following the turn of the seasons, eleven-year-old Eldon traces the daily routines of his life on a farm and his relationship with his older brother Wayne. During the winter, with little work to be done on the farm, Eldon and Wayne spend the quiet hours with their family, listening to their Uncle David's stories. But Eldon soon learns that, although he has lived on the same farm, in the same house with his uncle for eleven springs, summers, and winters, he hardly knows him.

"It is the palpable awareness of place and character that is unforgettable. Paulsen, with a simple intensity, brings to consciousness the texture, the smells, the light and shadows of each distinct season. He has penned a mood poem in prose." -School Library Journal

"More a prose poem than a novel, this beautifully written evocation of a Minnesota farm perhaps 40 years ago consists of portraits of each of the four seasons, along with four brief stories told by old Uncle David." -Kirkus Reviews

Gary Paulsen wrote more than 175 books and some 200 articles and short stories for children and adults. He is considered one of the most important writers for young adults. Three of his novels-Hachet, Dogsong, and The Winter Room-were Newbery Honor books, and his works frequently appeared on the best books lists of the American Library Association. Paulsen passed away in 2021.