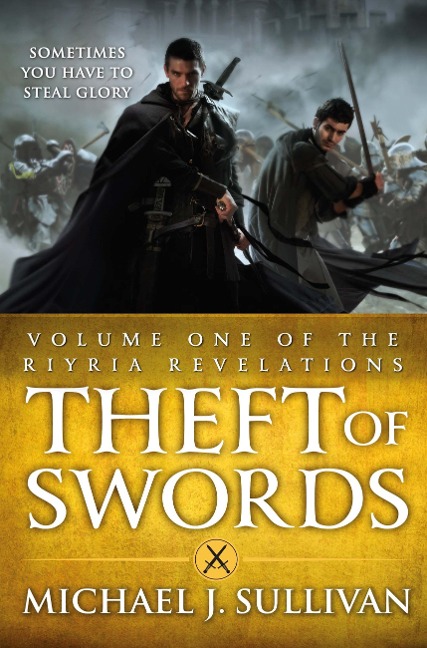 THEY KILLED THE KING.
THEY PINNED IT ON TWO MEN.
THEY MADE A BAD DECISION . . .

Royce Melborn is a superb thief; his partner, Hadrian Blackwater is a skilled mercenary. Together they make a profitable living as agents-for-hire to wealthy nobles until someone sets them up to take the blame for the murder of the king.

Captured and sentenced to death the two are saved by an unlikely woman with a simple demand that will change the lives of the thieves, the course of a kingdom and the foundation of an empire.

The Riyria Chronicles
THE CROWN TOWER
THE ROSE AND THE THORN