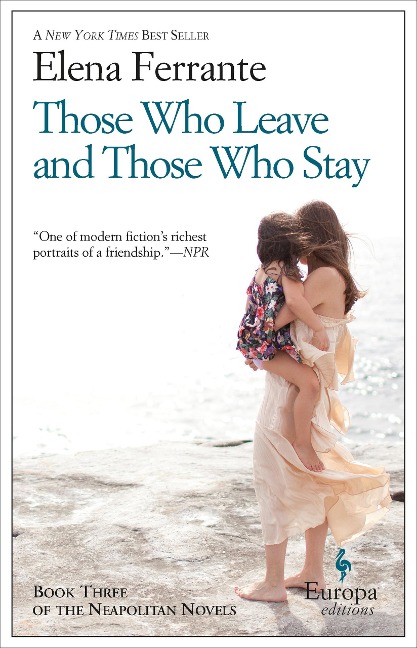 Those Who Leave and Those Who Stay

Part of the bestselling saga about childhood friends following different paths by "one of the great novelists of our time" (The New York Times).

In the third book in the New York Times-bestselling Neapolitan quartet that inspired the HBO series My Brilliant Friend, Elena and Lila have grown into womanhood. Lila married at sixteen and has a young son; she has left her husband and the comforts her marriage brought and now works as a common laborer. Elena has left the neighborhood, earned her college degree, and published a successful novel, all of which has opened the doors to a world of learned interlocutors and richly furnished salons. Both women are pushing against the walls of a prison that would have seen them living a life of misery, ignorance, and submission. They are afloat on the great sea of opportunities that opened up for women during the 1970s. And yet, they are still very much bound to each other in a book that "shows off Ferrante's strong storytelling ability and will leave readers eager for the final volume of the series" (Library Journal).

"One of modern fiction's richest portraits of a friendship." -NPR
E-Book 02/2020

Elena Ferrante is the author of The Days of Abandonment (Europa, 2005), which was made into a film directed by Roberto Faenza, Troubling Love (Europa, 2006), adapted by Mario Martone, and The Lost Daughter (Europa, 2008), soon to be a film directed by Maggie Gyllenhaal. She is also the author of a Frantumaglia: A Writer's Journey (Europa, 2016) in which she recounts her experience as a novelist, and a children's picture book illustrated by Mara Cerri, The Beach at Night (Europa, 2016). The four volumes known as the "Neapolitan quartet" (My Brilliant Friend, The Story of a New Name, Those Who Leave and Those Who Stay, and The Story of the Lost Child) were published in America by Europa between 2012 and 2015. The first season of the HBO series My Brilliant Friend, directed by Severio Costanzo premiered in 2018.