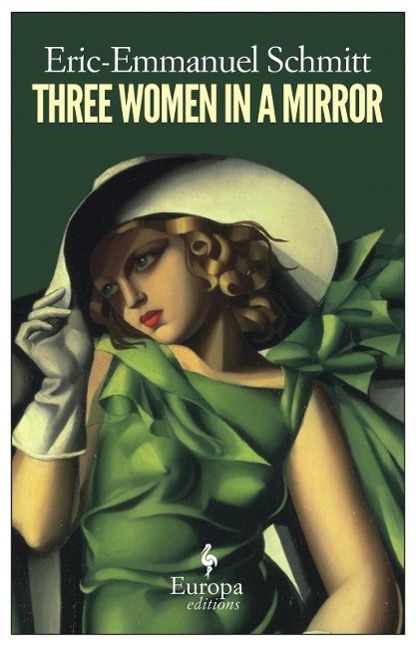 Three Women in a Mirror

Anna, Hanna, and Anny. Three young women, free spirits all, each one at odds with the age in which they live. Despite the centuries that divide them, their stories intersect-a surprising narrative technique that lends increasing tension and richness to this novel, which builds to a thrilling crescendo of unexpected revelations.

Anne lives in Flanders in the sixteenth century. She's a mystic who talks with animals like Saint Francis; she finds God in nature and cannot understand the need for religious rituals. Yet her ideas run against the temper of the times. It is the age of the counterreformation and the Inquisition. Her serenity and the loose tongues of those who secretly envy her, result in her being branded a heretic, with tragic consequences. Hanna lives in Vienna at the start of the twentieth century. She is a young noblewoman, dissatisfied with bourgeois conventions, who undertakes a journey of self-discovery. After much sadness she will find a method for uncovering the roots of her malaise in a new cure developed by a Viennese doctor by the name of Sigmund Freud. Anny is a Hollywood star of the 2000s. Addicted to celebrity and to variety of illicit substances she is searching for meaning in world where the only apparent thing of any value is money. Both her curse and her solace, acting will give her the key to a open a new chapter in her life where she will find love, companionship, and the meaning she has been searching for.

Eric-Emmanuel Schmitt, playwright, novelist, and author of short stories, was awarded the French Academy's Grand Prix du Théâtre in 2001. He is one of Europe's most popular authors. His many novels and story collections include The Most Beautiful Book in the World (Europa Editions 2009) and The Woman with the Bouquet (Europa Editions 2010).